Touchscreen laptops typically have a touchscreen glass digitizer in-front of the LCD.

Physical touch is detected via capacitive touch technology and relayed to the computer. In most cases the touchscreen functionality is very resilient to cracks, allowing touches to be relayed even across major cracks. However, when left on its own the cracks will spread and touch functionality will eventually cease. 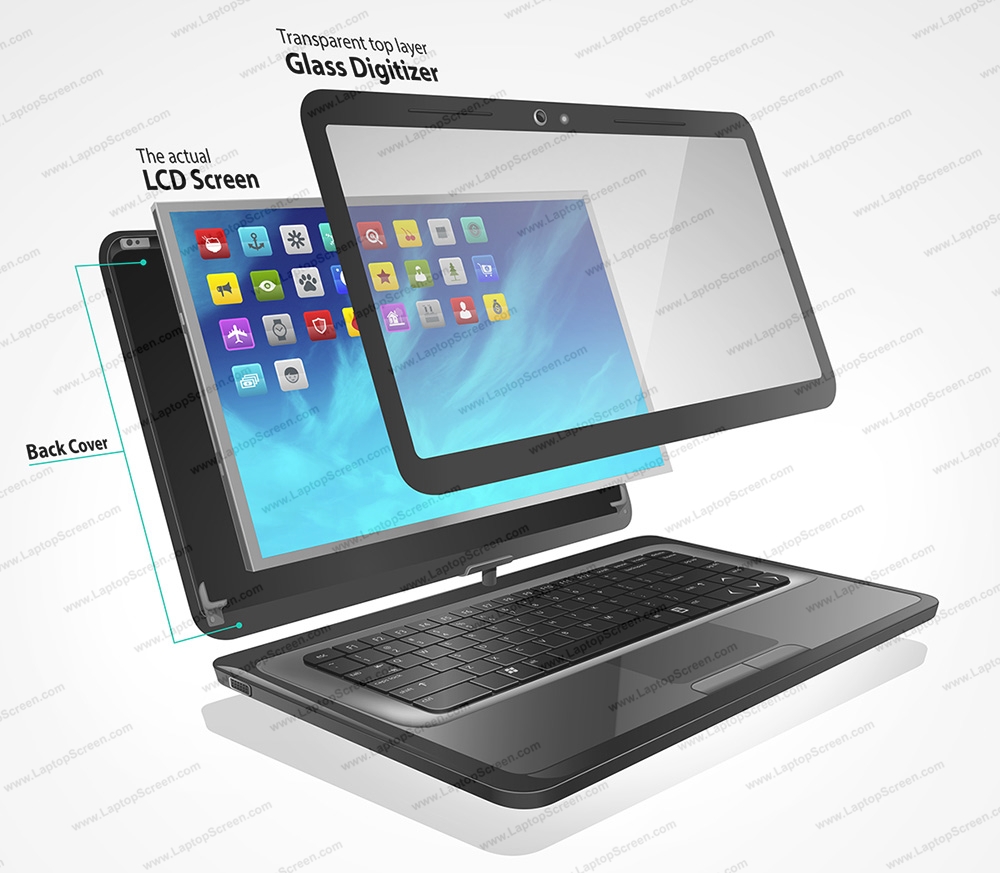 If your touchscreen laptop is broken, it could mean one of the three scenarios:

Some newer post-2016 LCD panels have the touch functionality embedded on board. Laptops with such LCDs appear just like regular non-touch laptops, with-out the additional layer of glass on-top. If such a screen is broken the entire screen will have to be replaced.
© LaptopScreen.com, last updated July 06, 2018