Most LCD screens sold by www.LaptopScreen.com come with protective film.

Protective film protects the LCD from scratches and nicks during shipping, as well it protects against fingerprints and dust during installation.

Most screen come with standard protective film, which is easily identifiable by adhesive tabs which hold it on the sides. 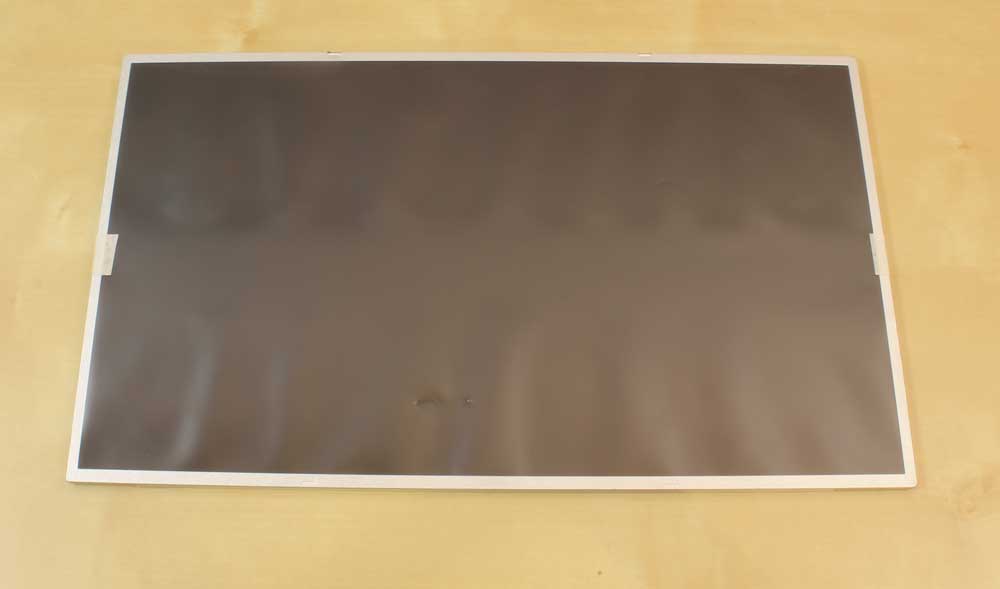 You need to remove such film immediately before mounting the screen on the frame. 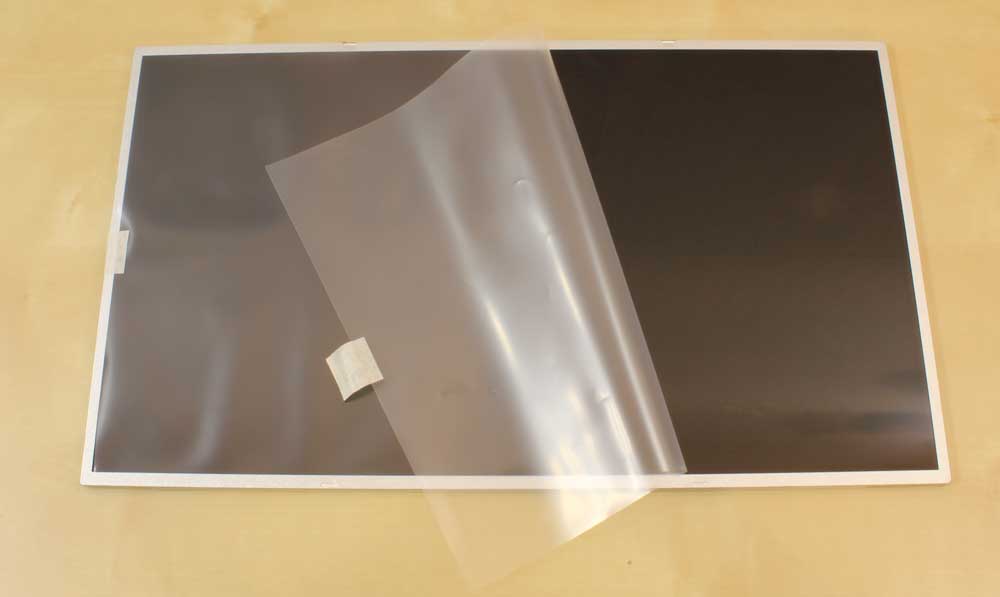 Here is a different type of screen (frame-less, "razor-thin"), depicted with standard film: 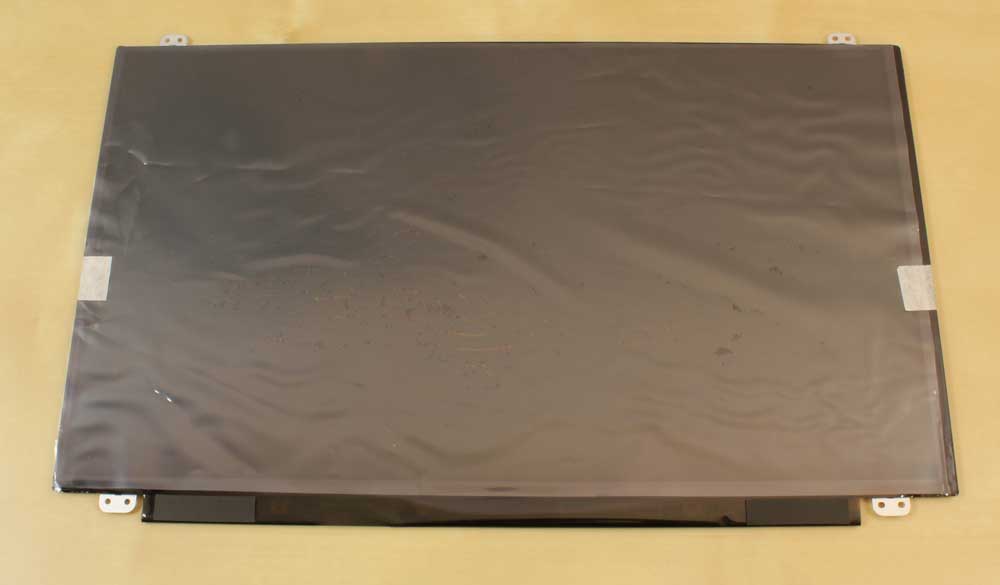 This film is fairly obvious: 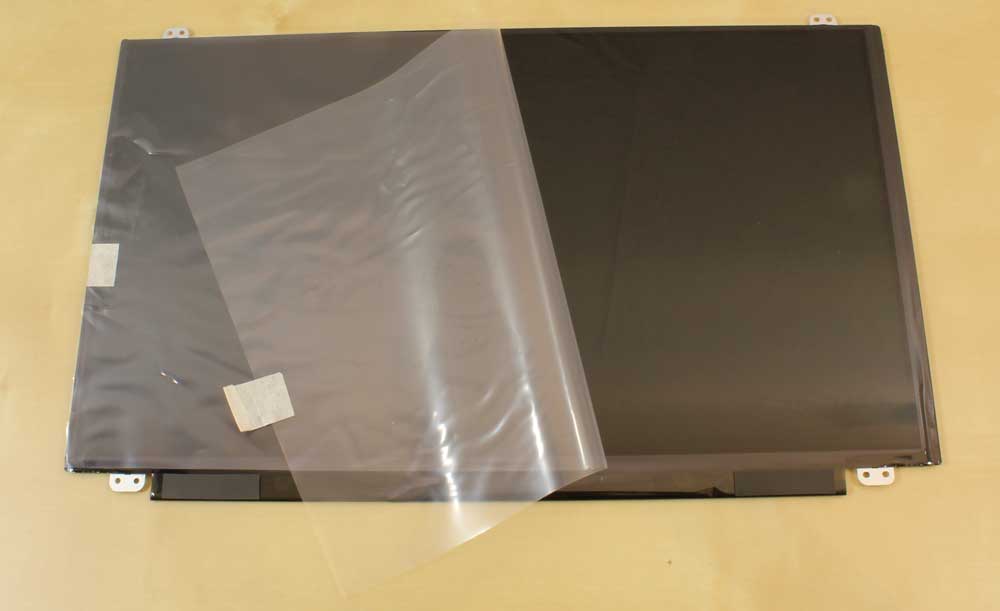 Some screens, which may be mounted behind "corner-to-corner" glass cover like on HP ENVY or Apple MBP, come with a less obvious "stick-on" film, which doesn't have the adhesive tabs on the sides. 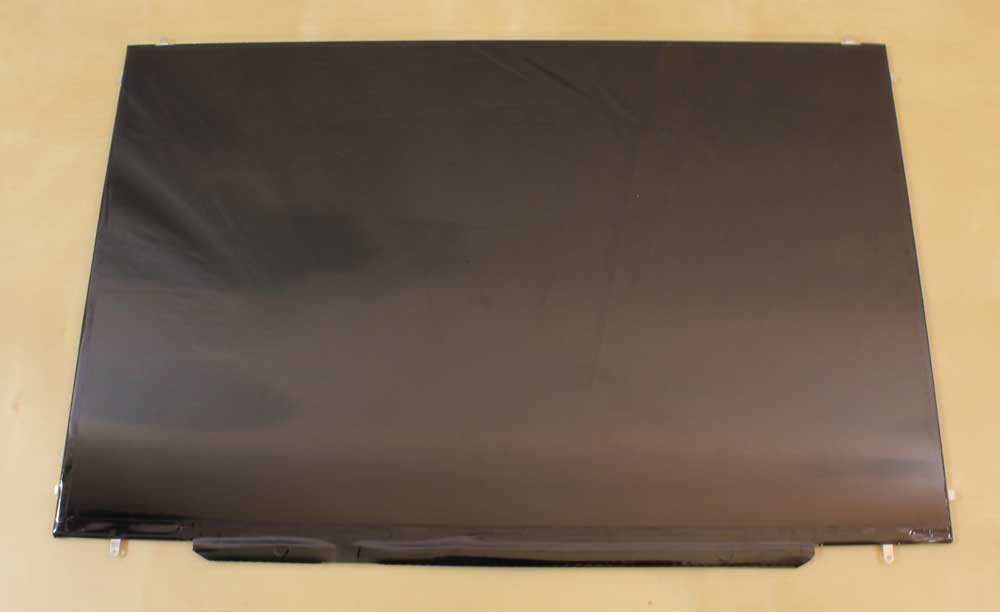 Such protective film may be identifiable by faint printed markings visible on the surface: 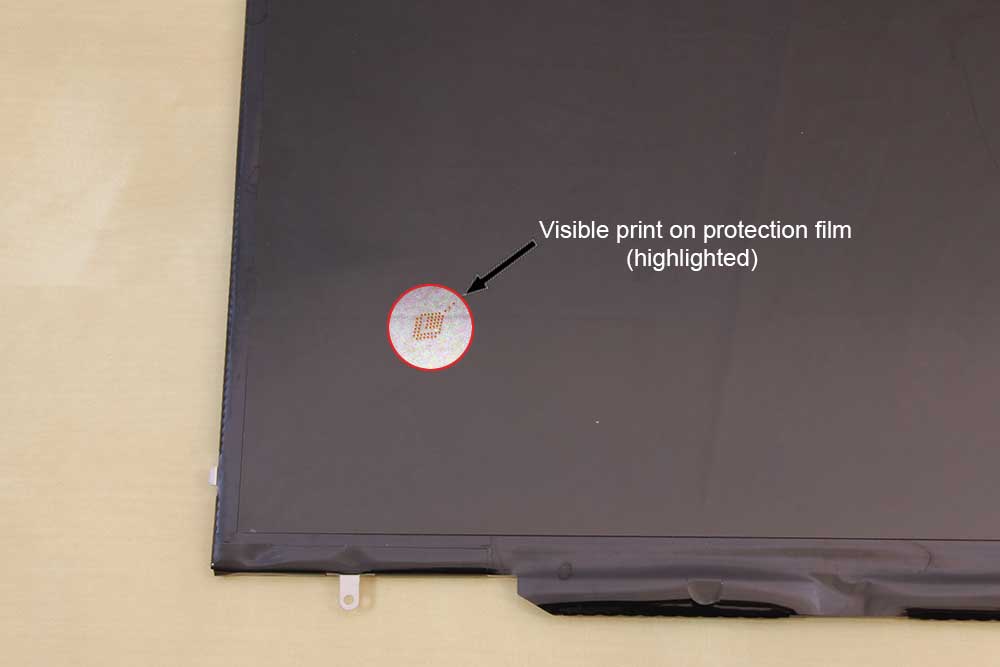 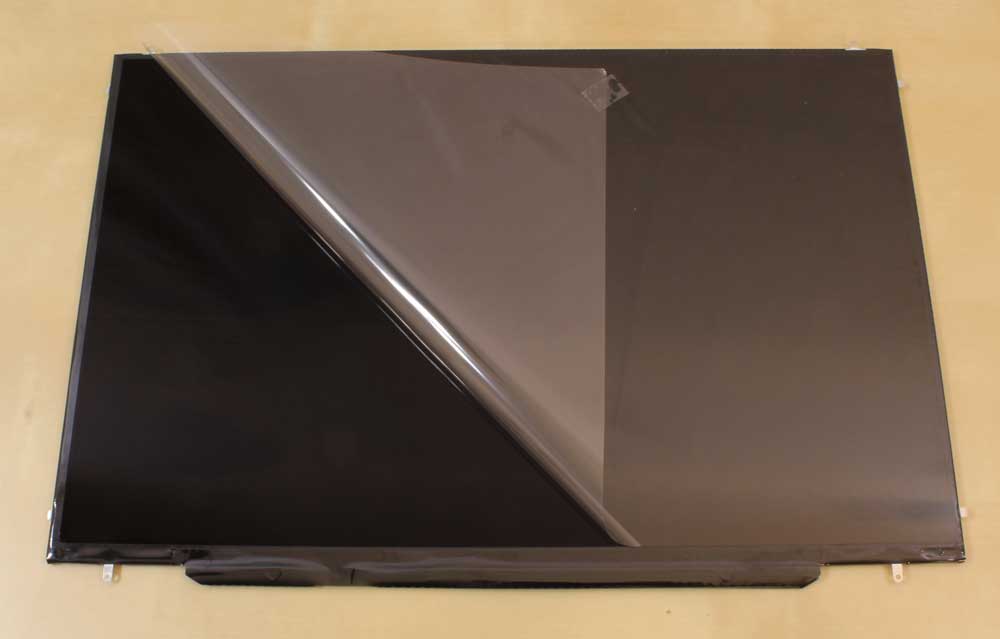 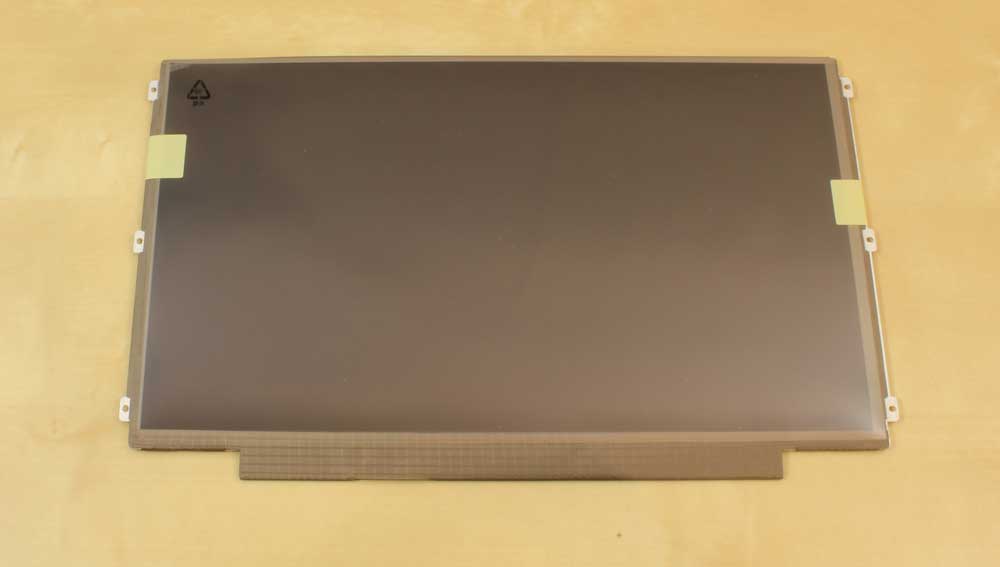 We recommend removing this layer prior to mounting of the LCD: 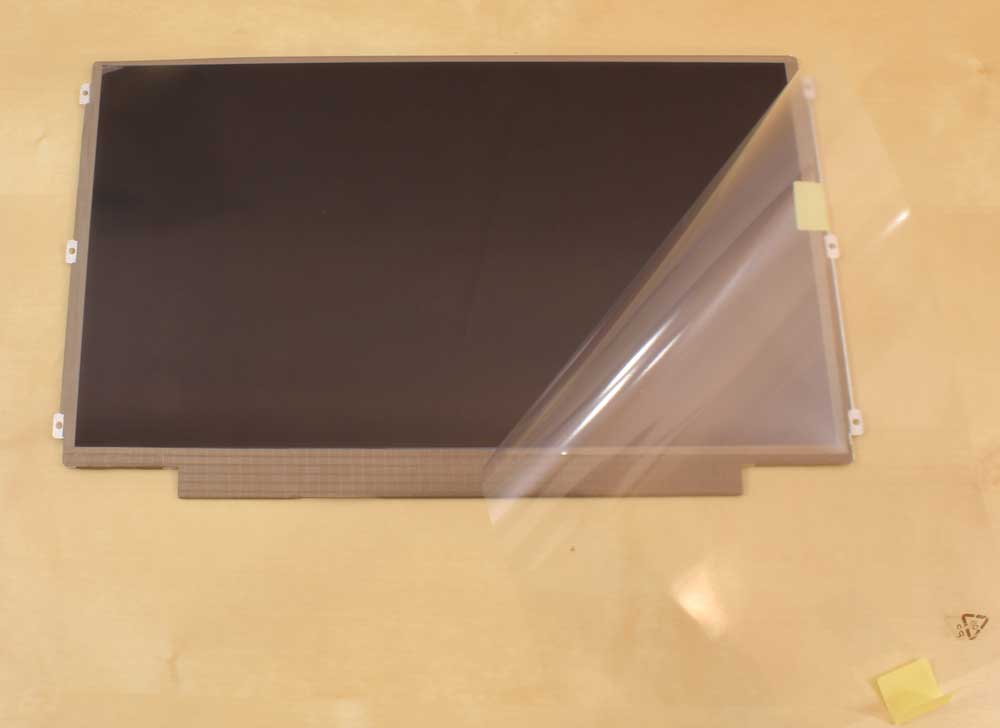 Underneath, there will be another layer of "stick on" film, which can be identified by faint print on the surface: 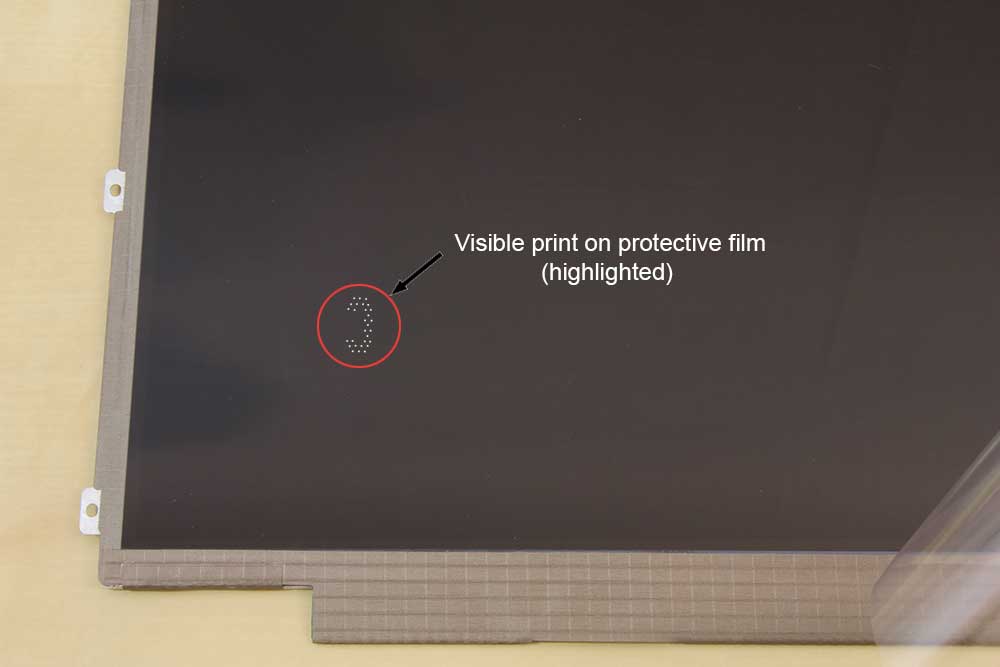 We recommend removing the second layer after mounting and prior to reattaching the bezel or the "corner-to-corner" glass: 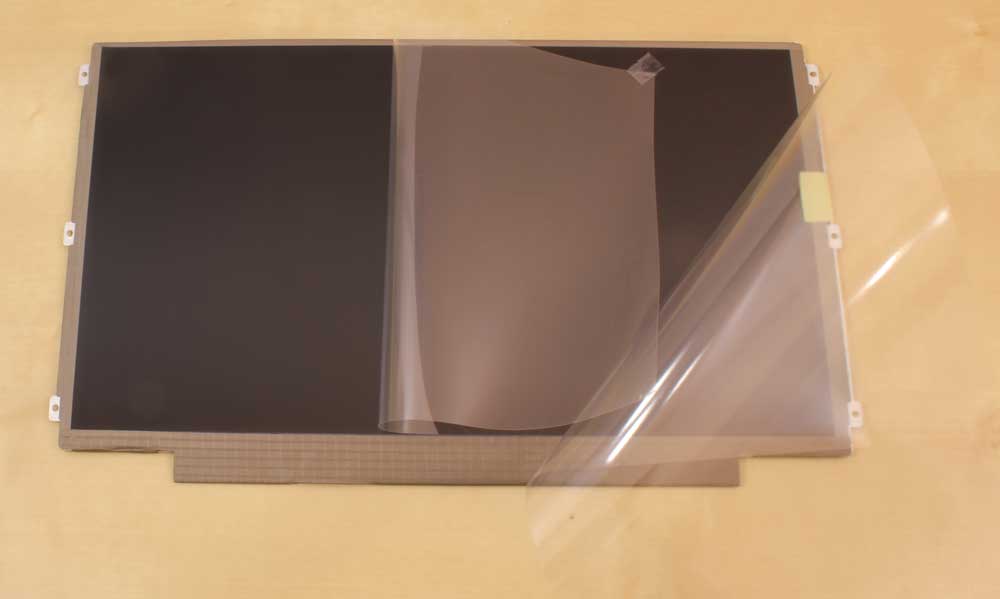 And in conclusion, we have to note that EVERY LCD comes with polarized film on it. That film is essential to LCD operation and removing it will render the display useless. Luckily it is not very easy to pick off, as it is glued in very well, and if you do manage to start peeling it, it will go very hard and you would better stop as soon as you feel that the film is not peeling easily.
© LaptopScreen.com, last updated July 04, 2018